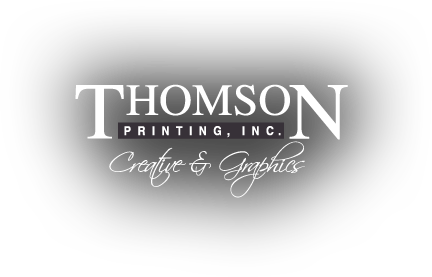 For over 100 years, the Thomson Family has been printing in the greater St. Louis area. In 1905, Ronald Thomson acquired the local daily newspaper, The Banner News, which flourished in St. Charles County. The paper was a well-respected part of the community and part of a booming county. The Banner had a reputation as one of the better small dailies in the state, with a history of independence and a commitment to serious journalism. In addition to the newspaper, the Banner had a sheet fed printing division, which produced forms, letterhead and general commercial printing.

In late 1946, Ronald’s son Mark Thomson became managing editor of the newspaper and print operations. Continually expanding, in 1959, the company purchased the Cosmos-Monitor, the competing paper in St. Charles County. In addition, the company acquired the first offset web press west of the Mississippi in 1961. Up until then, all printing had been done using letterpress.

Thomson Printing, Creative & Graphics, in its current form, began operation in 1972 following a disastrous fire that destroyed the paper’s offices and printing operation. The company operated out of the former St. Charles Hotel after the fire, with the composing and advertising based out of the dining room, circulation and photo in the kitchen, and the newsroom in the restaurant. A true hodgepodge, yet efficient, operation.

Mark Thomson decided to expand into commercial printing following the fire by retaining ownership of the printing operations and selling the newspaper division to Sun Communications. In 1978, Mark’s son Michael Thomson joined the business with his father, pushing the company into its third generation.

The next 15-25 years included the addition of computer graphic services to meet industry demand, a move from a smaller office back to one of the original Banner News printing plants, and an expansion into digital printing, one of the very first companies to do so in St. Louis.

Mike’s son John joined the business in 2011, bringing Thomson Printing, Creative & Graphics into its fourth generation, expanding the business into website design, e-commerce, and app & software development with the acquisition of a local Software Development firm, Giant Hat, in 2015.

The company has evolved steadily throughout its existence, and while much has changed over the past 110-plus years, it continues to be family owned. Being so brings a personal touch to every job. The owners are involved with every level of the process, bringing deeper attention to detail and customer service.

The commitment of the family extends to each of Thomson Printing, Creative & Graphics customers. If you ask someone who has been either coming to us for years or one of our newer customers, they will both tell you they feel the enthusiasm of Thomson’s staff and the dedication put into doing the best job possible.

“The first thing people ask when they see our material is – “who did this?”. We never have to worry about Thomson taking shortcuts on the design, and we have been amazed with the results every time. With others we found that they were offended when we suggested a change in the design, but Thomson welcomes and improves upon our suggestion.” 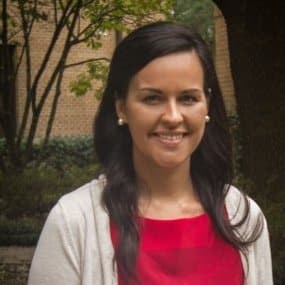